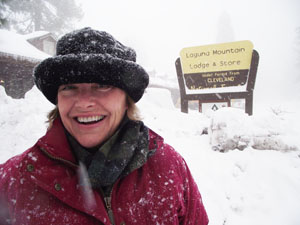 Tracy Cummings has taught literature, creative writing, and composition to adults for thirty years. After graduating from the University of Massachusetts at Amherst with an MFA in creative writing, she began teaching in the Department of English and Comparative Literature at San Diego State University in 2001. At San Diego State, she has taught creative writing, informal essay writing, and literary theory as well as every era of British and World literature. Her teaching has focused on early modern British literature as well as twentieth and twenty-first century literature. Starting in 2001, Cummings taught literacy at National City Adult School for half a dozen years. In 2010, she began working on her PhD in English at the University of California, Irvine. There, she earned her Master’s degree in English in 2011 and her PhD in English November 2015. She specializes in drama and Early Modern Literature, especially the Tudor and early Stuart periods. Her dissertation analyzes the power speech has in the public realm as it is depicted on the Shakespearean stage. She is currently researching depictions of non-violent resistance in Shakespeare’s poetry and dramas.